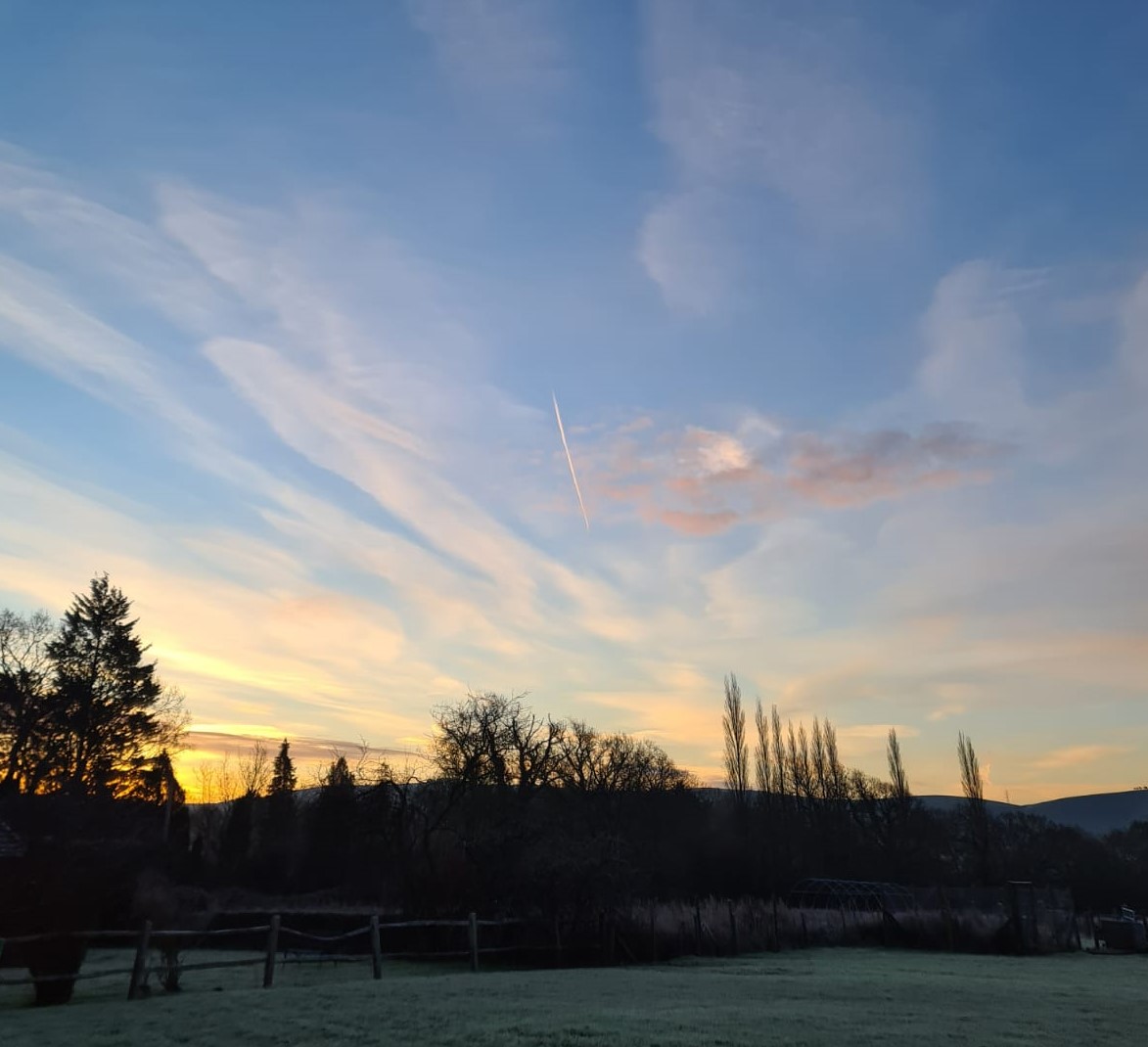 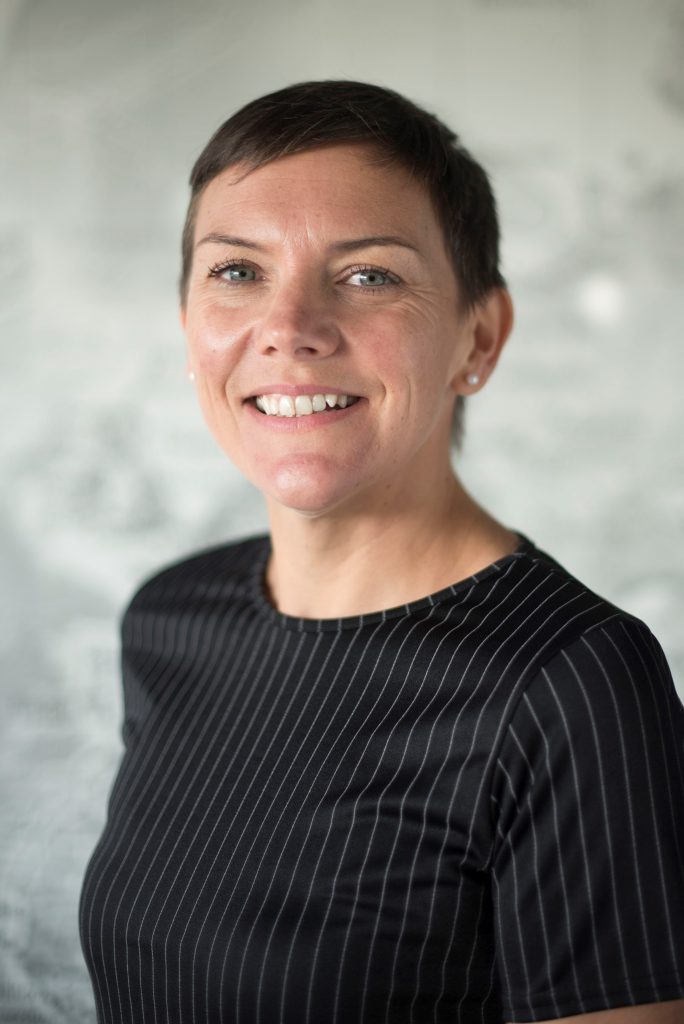 Charmaine joined our Sales Team 18 months ago, and is always ready to source parts to help keep you flying. But she’s no Swiss Toni.

Charmaine Oliver frequently describes herself as “lucky”. It’s a description which doesn’t give credit to the drive and aptitude she’s shown ever since she was the only girl on her Design Technology GCSE in the early 90s. Charmaine’s can-do attitude reflects an impressively varied career to date as a woman in aviation engineering.

Although Charmaine was never an aircraft geek – “I’m no plane spotter!” – she’d always loved seeing how things fitted together: “I was just very interested in finding out how things work.” In 1995, she was “really, really happy and excited” to win a place on the prestigious British Airways’ Engineering Apprenticeship, which came with salary and benefits.

The only woman in the room

A fundamental interest in how things work has always driven Charmaine, and she was unfazed at being in a minority of one during her education and training. “I was really lucky in that I have always got the job I applied for. I like to think it’s been on my merit rather than due to any positive discrimination.”

One of only 30 successful applicants out of 1500 hopefuls and the only woman, her place on the programme alone should have been enough to quell any gender biases. Nevertheless, one of her superiors soon showed his true colours. “I was struggling a bit with an old Trident main wheel, and the instructor was watching me. He said I’d never be a good engineer if I couldn’t lift it. But I proved him wrong.”

I had to ask whether Charlene Ramsay, a character in the hugely popular Australian soap Neighbours in the late 80s / early 90s, might have been a role model to the younger Charmaine? [Charlene, played by a young Kylie Minogue, was a trainee car mechanic in suburban Melbourne; with her curly perm, tiny frame and grease-stained overalls, she was the first representation for many of us of a woman doing a traditionally male job in a high profile TV show.]

“As a kid I was forever taking things apart in my Dad’s shed, anything I could get my hands on and always leaving it all in bits! Our neighbour was a car mechanic and I tinkered alongside him. Charlene might have subconsciously helped; but I believe that girls only go into engineering if their mind is that way inclined.”

So when did Charmaine first get to grips with an engine? “A family friend worked for [now defunct] Monarch Airlines, based out of Luton Airport. He said you should come and work on some aircraft. I did my two weeks’ work experience with him when I was 16 and I absolutely loved it.” She believes all these elements helped seed her interest and desire to become an engineer: “just having that bit of exposure made [my ambition] grow.”

A trailblazer in the hangar

The BA Apprenticeship taught Charmaine everything about planes and how they worked, choosing to specialise in airframe because “I like to get my hands dirty!” Following the apprenticeship Charmaine took a job at FLS Aerospace (now SR Technics) at Gatwick, doing hangar maintenance on continental aircraft such as TriStars.

Charmaine stayed there for almost a decade, later moving onto the line station where routine maintenance is carried out. “During that time I had my first two children. I had to work nightshifts, as did my husband.” Alongside the challenges of working shifts while caring for a young family, Charmaine had to navigate a system which until then had dealt exclusively with men. “I was the first female to come through that company. After I left one of the guys told me that initially he expected me to be just very talkative and drink lots of tea. I told him that’s a bit upsetting, I hope I proved you wrong. He apologised and said I did.

I had to do all the research myself in terms of maternity leave and pay, and my rights as a pregnant employee and mother. I had to push for things like having a risk assessment when I was pregnant and working in the hangar. Another time a colleague claimed that there was a pay imbalance between us when I returned from maternity leave. It was just ignorance.”

Following a career break to look after her growing family (she’s a mother to three teenage boys), Charmaine spent several years working at Northbrook College as an Aircraft Technician, looking after the equipment on the engineering course. During that time she came across Hayward & Green – “We came along one day to take some parts off a Jetstream wing” – and at a later date she spotted an advert for a stores job. “When I came in for interview, Jez suggested I go into the sales side. He was particularly keen as I had worked at SR Technics.”

Despite having no sales experience at the time, Charmaine fitted in perfectly. Does she enjoy her job now, given she’s no longer getting her hands dirty? “I like having a technical background so I know what the parts are and what they do. I also like the setting – it’s not every job that the view is of a helicopter in a sheep field. Best of all I like that Hayward & Green is a small family-run organisation – everyone knows everyone. The bosses at big companies don’t always know who their employees are.”

Encouraging women into the industry

And as for that trailblazing experience of having been the only female in the room at school, at College, at BA? In her final year at school Charmaine was being steered towards office work and administrative roles. What would she say to young women today who enjoy tinkering and finding out how things work and who might enjoy a career in aviation?

“I’d say don’t let anybody tell you you can’t do it. Go out there and prove to them that you can. Don’t let anyone stop you.

Schools give much more encouragement these days to girls who are interested in technology and engineering with STEM events and initiatives.

When companies promote their engineering side and they always use the female member of staff, it doesn’t show the whole picture. It’s less a case of ‘Yes I’m a girl – but look what I can do!’ and more that, if your mind is that way inclined, and you get the right kind of exposure and encouragement, and you know what you want – you can do it.”

All Hail the Mighty Lynx

Did you know that over 50% of our business is focused on supporting rotary aircraft? We’re looking to increase… 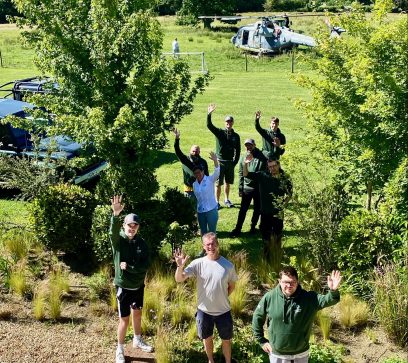 Following a rigorous and in depth process and a lot of hard work from our team, we are delighted to announce…